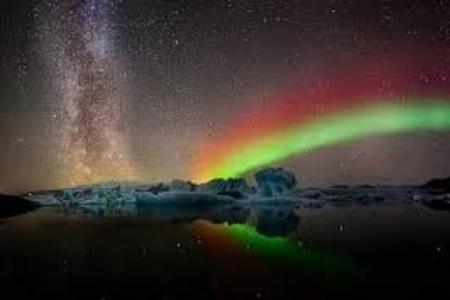 When the youthful family man Raymond Wise arrived by airplane at Ice Station Alpha, he did not know that the runway would soon be destroyed by quaking ice and that further supplies to the station would have to be dropped by parachute.

Every military man at the 30 person station had two official assignments.  The first assignment was to defend his fellow soldiers and the scientists against all threats -- the Soviets-- the hostile wild life--the hostile weather and environment-- and even some  unidentified threats in this unusual place. In the movie "Ice Station Zebra" the immediate threat came from spies embedded in the ice station's crew.

The second assignment varied depending on the specialized training of the soldier.  Some manned radar and the shortwave radio. Some repaired the heavy machines.  Raymond's second assignment was to be sure that the soldiers and scientists had healthy meals for their entire stay at the ice station.  An army does indeed "march on its stomach."  The daily caloric requirement at the North Pole is higher than in the tropical climates.  The risk of nutritional deficiencies is also greater there.  Cooking food while living in a freezer is always a challenge.  The risk of carbon monoxide poisoning is only one more risk among many others associated with life in the frigid North. 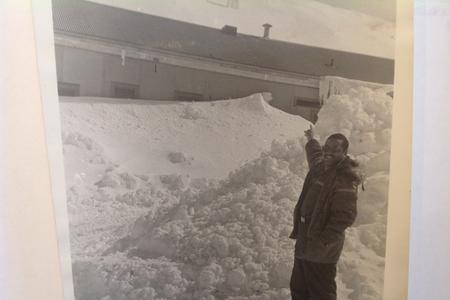 Raymond Wise was in the the U.S. Air Force in the 1950's. As such, he saw duty in distant places during the Cold War.  This was a time of heightened tension between the two superpowers.  Numerous proxy wars took place and there was always the threat of nuclear war.  There was a dramatic arms race going on.  This was a time of anti-communist hysteria.  The infamous McCarthy Era produced hearings in the House of Representatives by HUAC (the House Un-American Activities Committee) that terrorized American citizens in the name of anti-communism.  The Arms race was becoming a space race and we would soon have the real terror of the Cuban missile crisis.  On multiple occasions we almost had a nuclear war.

But Airman First Class Raymond Wise was not a movie star.  His life in the frigid north was not a reality show.  It was life and death real.  Yes, he did get a medal for his service.  But he did have to earn it.

One thing that Airman First Class Raymond Wise fondly remembers is that while out in the cold, he would sometimes see snowflakes form from the mist of his exhaled air.  At the ice station near the North Pole, he had many sights of rhe "Northern Lights," the Aurora Borealis.

We now know what causes  the Aurora Borealis.  Back then, its cause was unknown.  Raymond also saw many things whose causes remain unknown to this day.  These were things in the sky that were apparently flying.  They were unknown flying objects.  UFOs.  But this was during the "cold war" and near Russia and at the time of the first human made satellite. Sputnik.

Many military firsts were occurring at this time.  Secrets abounded.  And there were "spies everywhere."

One day a fellow soldier was inexplicably and suspiciously operating a motor raft in the frigid waters near the ice station.  Shortly thereafter, a giant behemoth rose from the frigid waters.  It could have been but it was not the Loch Ness monster.  It was metallic and the crew of the Ice Station soon recognized that they were witnessing the miraculous trip of the U.S. Nuclear submarine the Skate making its historical first arrival at the North Pole region.  The suspicious behavior of the soldier in the motor raft was a method of signalling the ice station's location to the submarine that had traveled a very great distance under the then extensive polar ice cap to find the Drifting Station.

Next up:  Episode III of III  REAL DANGERS TO COME or "Master the tempest is raging, the billows are tossing high."  Storms at sea are always dangerous. In part three of "Escape from the North Pole" we learn of Raymond's need to escape in order to return to his family alive or at all. 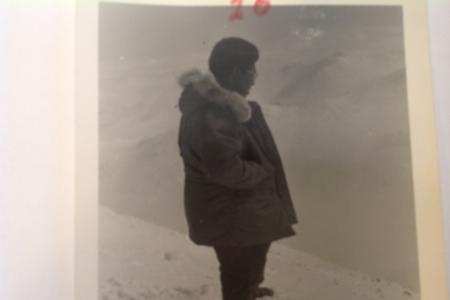 One time, while disposing of the camp's waste, a few soldiers noted that Polar Bears had discovered their dump site and would soon approach the camp.  The bears would be hungry and are used to pulling ringed seals, that weigh between 70 and 300 pounds, from the frigid waters for a meal.  The physical structures of the camp would not be able to withstand an attack by polar bears and so the soldiers used their rifles in a preemptive strike killing the polar bears. 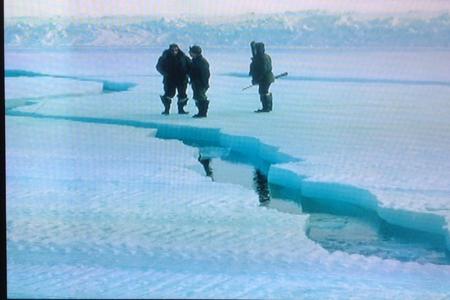 Although he was in the military, he did have two young children who required intensive medical attention that could be obtained at the military hospitals in metropolitan Philadelphia.   Serving his counry in Alaska was far away enough.  Go a little farther to the North Pole and he gets to go home to his family in Philadelphia 6 months earlier.

It was that simple... if you ignore the marginal increase in risk.  There is a big difference between Alaska and the North Pole.  The military knew about the risks and that is why the reward was so great.  Family man Raymond saw the reward.  "There is always risk in the military," he reasoned.

He was not thinking of medals when he volunteered for this dangerous mission.  Yes it did have a scientific purpose.  But this was during the "cold war."  The North Pole is very close to the Soviet Union.  He was in the U.S. Military.  There was always a military component to his mission.  How could it be otherwise?

But, if family man Raymond Wise accepted this dangerous mission, he would get home to his family 6 months earlier than otherwise.

​In part I of the Raymond Wise adventure at the North Pole, we learned that the North Pole can be a very dangerous place.  This time the question is: Why would anyone go there?

Specifically: Why did Airman First  Class Raymond Wise undertake such a dangerous mission in peacetime?   Why did a young married man with children risk his life to go to such a place?  The answer is simple and logical (to a young man).  It was the quickest way home to his young family.  He was a military man but he was and is a family man.

Escape from the north pole 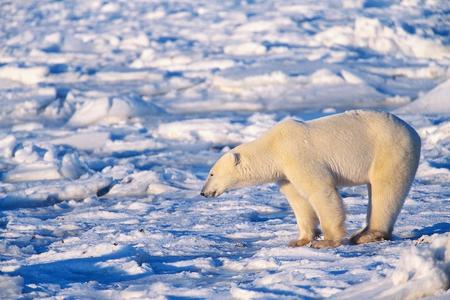 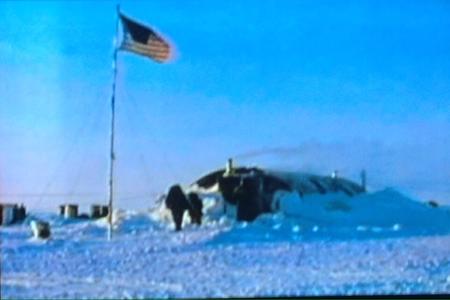