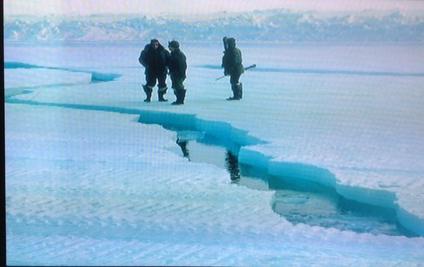 But let’s get back to Raymond Wise.  Did I mention that he is my friend?  Well, it bears repeating.  I am honored to know him.  He has saved me a life risking trip to the North Pole.  I travel there safely through his personal experience, vicariously.  If I want to see polar bears I will watch them on television or at a zoo.  But not in the wild when they are hungry… they are always hungry in the wild.  Other Bears will maul you and leave you alone.  A hungry polar bear will actually eat you.  You do not want a bear hug from that big white fluffy cute “little” thing.

Raymond Wise was at the North Pole during the IGY.

In the grand scheme of things, the International Geophysical Year was grand indeed.  It was even longer than a calendar year. It was “the most significant peaceful activity since the Renaissance and the Copernican Revolution.”  Officially it began July 1, 1957 and ended December 31, 1958.  It was during the Cold War.  Yet, the Soviet Union and the USA and 65 other nations participated in the IGY projects.  It was a big deal for scientific exchange between the East and West even though China did not participate.  China was protesting the inclusion of Taiwan (its rival for the representation of the Chinese nation and people).  As a part of the IGY, the Soviet Union launched Sputnik (the first manmade object to successfully orbit the earth) and inaugurated the space race between the USA and USSR that resulted in the USA’s desire to put a man on the moon to show that we were not laggards when it comes to science and technology.

Wait a minute, we are still trying to show that!  What is all this stuff about STEM?  Don’t we ever get a break?

No.  Actually not.  You snooze, you lose.  Remember the tortoise and the hare?  Oh yes, and you are always in a race!  Only, sometimes you don’t know that you are in a race until it is over and the winner is declared.  Then you can speak of “sour grapes.”

Back to the IGY:

A man on the moon was a giant step for mankind.  The International geophysical year was also a giant step for mankind.  We owe the Fernbank Science Center’s existence to the impetus of that year.   (You know, the one with the space capsule and the largest telescope in the Southeast!)  So the IGY was really pivotal for the whole world (pun intended, if you got it) and even for us right here in Greater Atlanta.  And especially for Mr. Raymond Wise.

My friend and neighbor Mr. Raymond Wise was at the North Pole because of that year.  Astronaut Ronald McNair was inspired to Space flight because of the Sputnik which was associated with that year.  Yeah, you know him.  The nearby school is named after him.

Star Trek was inspired by the IGY.  Astronaut Mae Jemison was inspired to flight by Star Trek’s lieutenant Uhura.  That year was important and Raymond Wise’s mission was important in that year.  But really?  What about those polar bears and the cold and the quaking ice?  Not to mention the darkness.  Did I forget to tell you about the 24 hours a day of darkness?  Or that polar bears like to hunt in the dark.  What could anyone possibly be assigned to do there in a “land” where the sun disappears for months at a time? 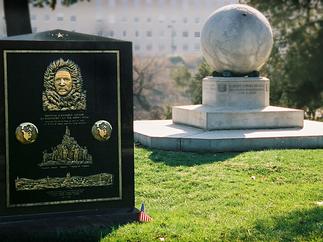 What was Raymond Wise’s mission at the North Pole?

You will just have to wait until the next episode of “Escape from the North Pole”.....The Mission.

Hey! And no fair asking him either!  I am telling the story with his permission!  Mr. Wise, mum is the word.

(Oh! One last thing.  At the North Pole the sun rises once….per year, and sets once… per year!  And one o’clock is the same as 2 o’clock or any other hour.   So it can be any time you want it to be.  And don’t ask which way is any place on earth.  Every point is to the South.  There is no East or West when you are at the North Pole.) 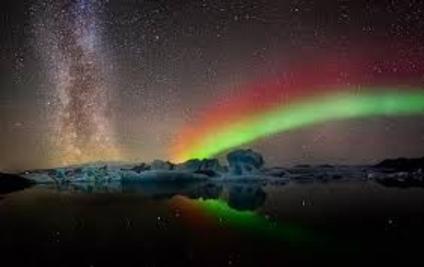 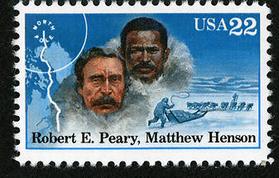 The ill, exhausted Admiral Peary did not actually reach the North Pole on this grand expedition but his able, experienced assistant, “first man” Henson did.  Henson planted the American flag at the North Pole.  Both Peary and Henson are buried in Arlington Cemetery and have been honored by Presidents. Henson died in 1955.  That is just two years before the International Geophysical Year of 1957 to 1958. Our neighbor and friend Raymond Wise of the US Air Force was stationed at Ice Station Alpha in 1958 as part of the Arctic expedition of the International Geophysical Year.  He knows that there is no there, there.  As a matter of fact “there” moves around and around, and up and down.  And if you are not careful inside/out too.  It will turn you. It will rock you.  I mean ice rock you.  All the rocks there are made out of ice.

There may be no lions or tigers but there are bears, big bears.  Oh my! For real!  These Polar Bears are bigger and stronger than grizzly bears and they are hungry and you would look like a good meal to them.  While they are curious and even cute, they are nowhere nearly as friendly as the one at the World of Coca Cola.   They may be an endangered species because of global warming but when you are on their “turf”, you are the endangered specimen.  But mostly the danger lies in the cold and the Ice.

Airman first class Raymond Wise in the land of ice and snow in the 1950’s.  Not yet North Pole but getting close.

Escape from THE NORTH POLE  -- part one -- the pole

US Air Force: Drifting Station Alpha, “the most dangerous of all the IGY scientific stations.”

The year is 1958 and the rifle is to defend against hungry Polar Bears at Drifting Station Alpha.

Henson published a memoir, A Negro Explorer at the North Pole (1912) 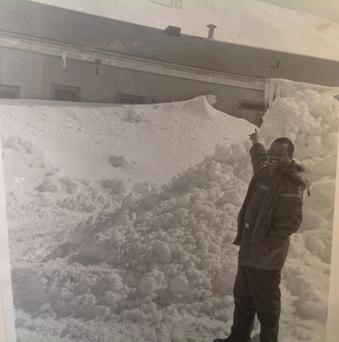 But let us talk of our neighbor, a man I am proud to call my friend, Raymond Wise.

In 1957 when he was at the North Pole, Peary and Henson had already been there.  Why would he leave his beautiful wife and children to go to such a dangerous isolated (“God forsaken”?) place?  How did he get there?  What was he doing there?   Yeah, and how did he get back alive to tell his story?  Yes, it is just that dangerous.

Well how dangerous is it?

It is so dangerous that ……

Well, let us back up a little after a brief up date.  This year (2014) we had to rescue some people from the North Pole.  They were lucky.

In the 1800’s a ship and its crew all died at the North Pole from carbon monoxide poisoning as they tried to keep warm. 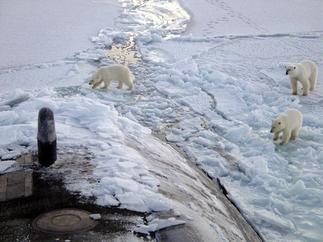 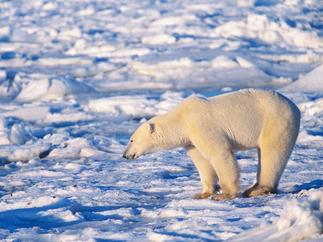 Polar Bears curiously checking out a visiting submarine.  Anything to eat inside for these always hungry bears?

Well how cold is it?

It is so cold that……

Well, you know those mercury thermometers that they used to use in the 20th century and the 19th century, they would all freeze up before the actual low temperature could get recorded.  When report of mercury freezing was first published, the scientists of the time thought it was a lie.  Mercury just does not freeze.  But it did, and still does near the North Pole.  You cannot use a mercury thermometer to measure the coldest temperatures at the North Pole.   And definitely not at the South Pole.  It is even colder there!  But that is another story.

Well what is the problem with ice?

Well…..nothing as long as it is not moving and “earth”-quaking beneath your feet with a frigid ocean underneath.

Who ever thought of the North Pole and why do we have it if it is so hard to find and so dangerous?

A geoscience concept?  It is what the world goes around when you and whoever or whatever make the world go around on its axis.  That’s it! ------- Axis!  The part of the axis above the “surface” of our world. It is real, sort of, “kind-a-like”.  It is imaginary and real.  Sort of.  Is it real or not?  Yes or No?  Yes it is real.  No it is not real.  So, yes and no.  It is as real as a point and a line.  It is as real as the equator.  Let us just agree to believe in it because it is so useful.  But you cannot touch it, taste it, smell it, tie a horse to it, or even dance with it. That is right. No pole dancing at the North Pole. Period!  And furthermore, Santa has left the North Pole. (If he ever was there.)  But if you go there, be careful.  Be very careful!  Oh, and it is beautiful… if it is not killing you,… or maybe even then too.